We left Onancock in a strong wind and were not very happy about yet another day heading into waves and wind.   But as the morning wore on and the wind dropped it ended up being a beautiful calm day with and the water was like a millpond.   I became fascinated by the patterns which our wake left behind on the silky water and took photo after photo – thank goodness for digital photography these days! 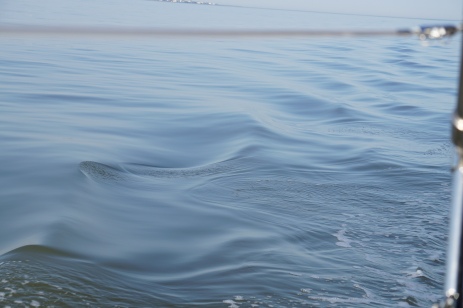 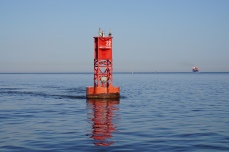 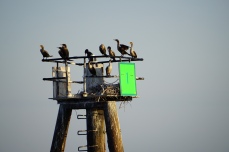 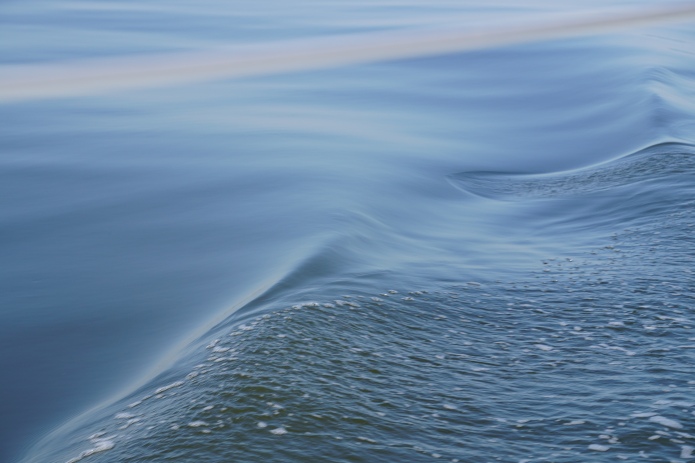 Nearing Norfolk we were caught up by our friend Jonathan Hutchings, who had left Annapolis the day after us helping the brand new owners of a Lagoon Catamaran bring their boat down to Norfolk. We were able to take some nice photos of their new boat under sail – not always a picture you are able to get for yourself. 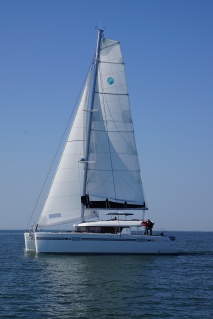 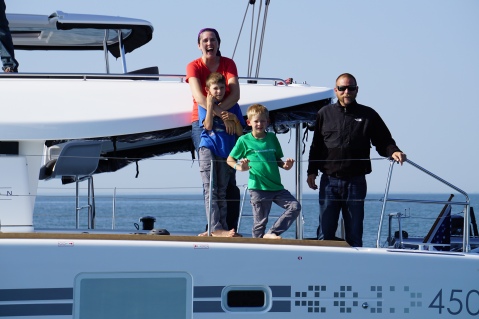 Norfolk!   Navy shipyard and home to hundreds of big grey boats.   And big grey helicopters, as we found when we anchored for the night in Willoughby Bay.   We had stopped there on our way up when we first came to America in 1986, and knew it would be noisy.   What we didn’t remember was that they practice into the night – no going home at 5.00pm like normal civilians.   It was interesting though – watched one helicopter go down really low and drop people into the water and then practice rescuing them – they did this in daylight and well into darkness.   (It is good to know that our navy seamen are prepared!)  And lots of take-off and landings of different helicopters – they came out in a circle over our boat … always in the same direction – we realized we were getting close to Nascar country!!!    But still photographs don’t capture the noise and the sunset was excellent, as we barbequed steak on the back of the boat. 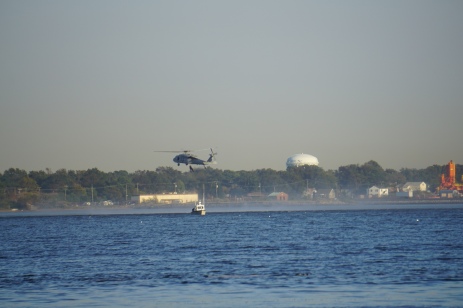 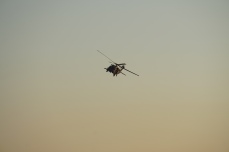 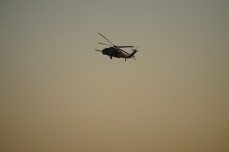 In order to make the first opening of a low bridge at 8.30 we had to be up early and get moving.   Motoring through the hulking giant aircraft carriers and other navy ships was amazing.   We saw the brand new Zumwalt destroyer which makes you think you are in a star wars movie – it looks so unlike the traditional ships that surround it. 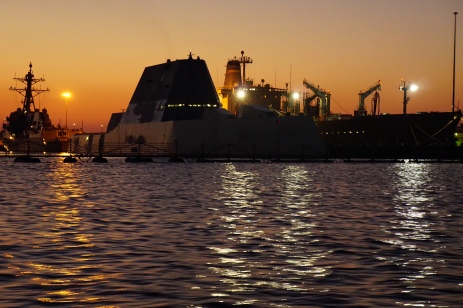 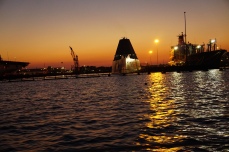 I pounce on my camera and take photographs of everything that passes by on the water – here are a few. 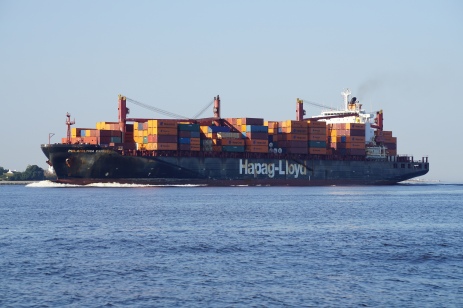 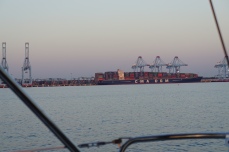 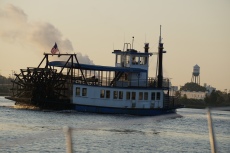 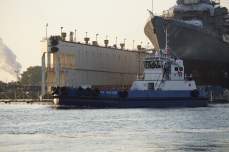 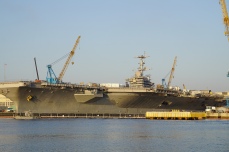 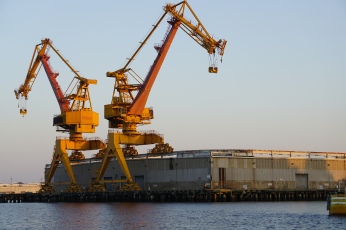 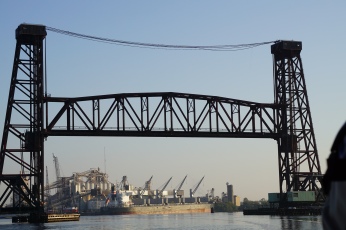 The official start of the Intracoastal waterway is at channel marker 36 in Portsmouth.   We timed all of our bridges perfectly and were there for the first intake to the Great Lock.   Of course these timed openings cause all the southbound boats to bunch up and once you are through there is a lot of jockeying for position – a great challenge for Mr. Competitive aboard Jabulani!     But the fast boats moved ahead and the slow boats fell behind and we plodded along somewhere in the middle.  Our destination was an anchorage at Bucks Island – perfect, we found a good spot, anchored and I got dinner ready.   Afterwards we went downstairs and watched a little TV – until Garth looked up and realized that we hadn’t shut the companionway and the boat was full of bugs!!   Not mosquitoes, just those things that look like them, but they were everywhere.   We looked outside and saw that the entire underside of the bimini was covered – I mean it looked as though it was fur lined! – and panic set in.   We shut everything (fortunately we have great screens and were able to leave the hatches open for air) and Garth picked up the trusty vacuum with the long nozzle and the bugs inside didn’t stand a chance!!!     When we woke up the next morning more dismay – all of those little buggers had pooped everywhere and left little black spots, which, when you wiped them, turned into green smears that stained the fiberglass.   We were distraught.   After trying three different boat soaps we finally got the bottle of Clorox Clean Up which did the trick.   We attacked the cockpit with zeal and used precious fresh hot water to rinse everything off. 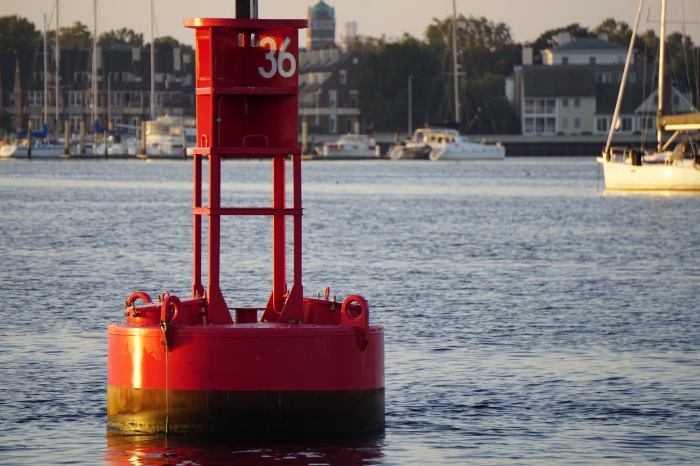 Our course yesterday took us through the long (21miles), straight, Alligator River / Pungo River canal.   Not much to look at but grasses and trees on either side.  I did catch some cute turtles sunning themselves on a log – thought of Will and Penny and the children’s song.   The whole area had been badly affected by the recent Hurricane Matthew, but it seems that a lot of the floating debris had moved out of the way. 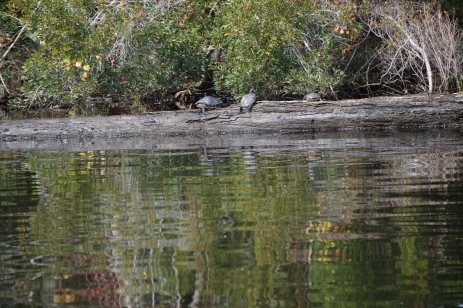 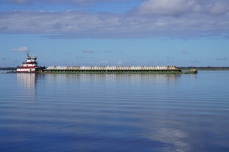 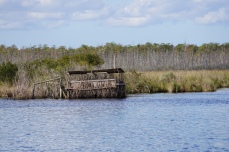 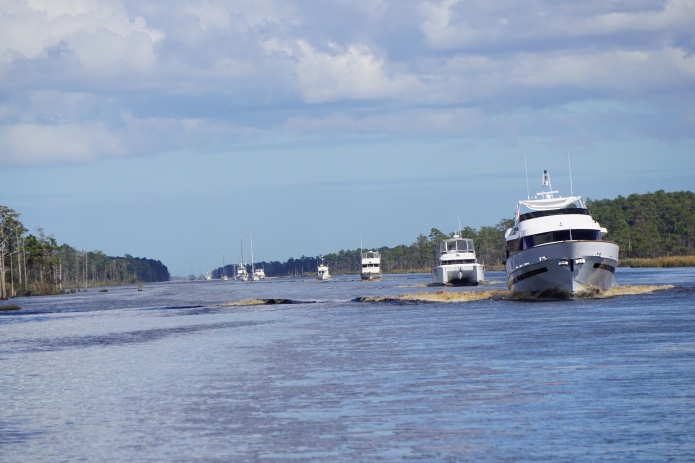 We made our way to the small town of Belhaven, NC and tied up at a marina for the night.   We ate in town at the Spoon River Restaurant – a farm to table place and quite possibly the most delicious meal I have ever eaten!   Who would have thought.    Back into town this morning for breakfast (why cook when you absolutely don’t have to?) – a small town bakery where a big group of local men at a table next to us were discussing hunting and politics (lots of Trump signs in the yards around here) and a group of young girls all wearing monogrammed plaid shirts sat opposite us – turns out it was a wedding group starting the big day.   So nice to have a peek into the lives of a small town.   People are “nice” – we went into the hardware store to try and buy some binder clips to hold the chart books from flapping – they didn’t sell them, but the man went into the back and gave us two from his office supplies.  Last night when we left the restaurant it was raining; the owner insisted on digging out an old umbrella that had been left behind for us to use.   You get a special feeling about places.

To end, I’m posting pictures of some cruising essentials – firstly my toaster, which I had bought online and am so thrilled with, it makes excellent toast! – our Yeti mugs which Jonathan and Anne Hutchings gave us, they keep early morning tea hot for as long as you need, and afternoon drinks as cold as you can make them – and what we believe belongs on every boat, a fruit cake smothered with nuts for that early morning start (that or a rusk starts the day on the right foot)!   Garth is doing a few small repairs – fuse on the fridge fan, fuel gauge sender fixed and we will be on our way again by midday.  Loving it so far! 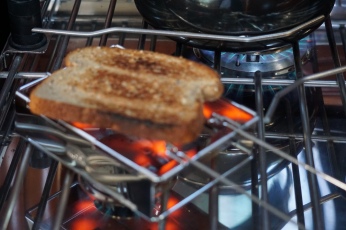 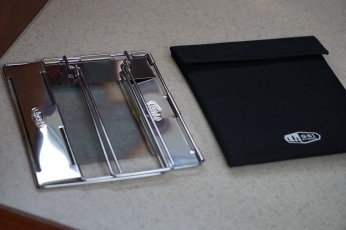 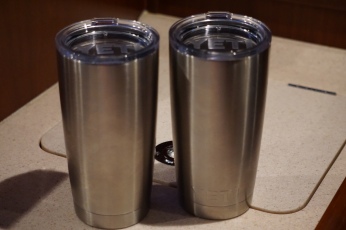 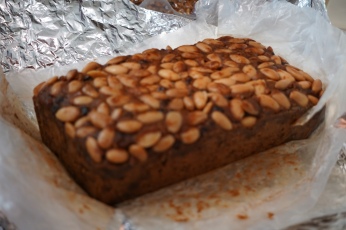 5 thoughts on “Into the Waterway”